These GRP / FRP container images will take you back in time. 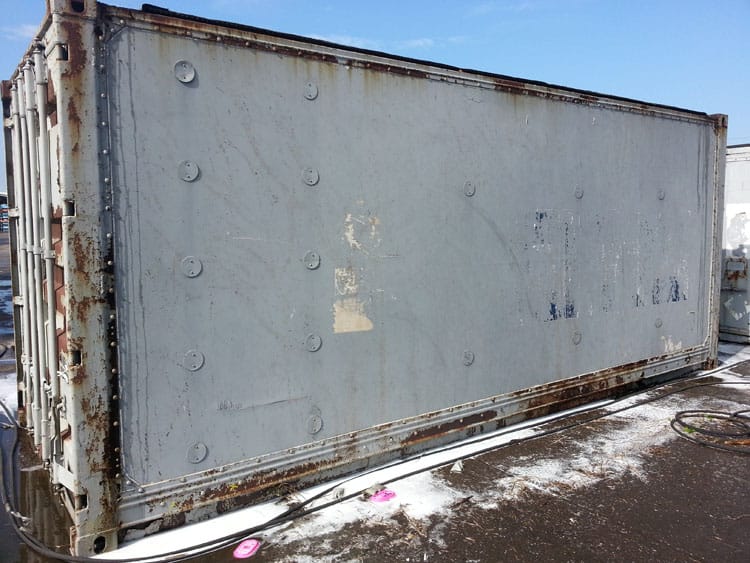 Old GRP / FRP shipping container before it was scrapped.

If you’re a container history buff you might remember GRP / FRP containers from long ago.


In case you’re wondering what an earth I’m talking about, here’s a quick intro to these old used shipping containers.

In the early days of containerisation many container operators made containers out of GRP (Glasonit Reinforced Plywood).

They were also known in the USA as FRP containers (Fibreglass Reinforced Plywood) which is one inch Marine ply coated on both faces with fibreglass.

The entire panel approx. 20ft x 8ft was then bolted to a steel frame to complete the construction. 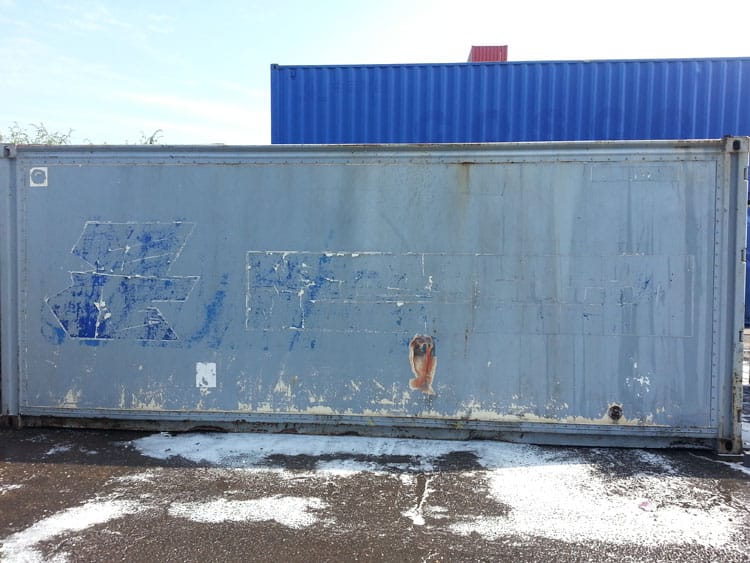 Some operators like CP Ships opted for a cocktail box, retaining a steel panel for the front wall.

This gave extra strength when a load shifted forward during trucks extreme braking during road transit.

But the design gradually fell out of favour.

This happened mainly because of high repair costs where they became damaged in service as carpentry skills were needed.

Also if the outer roof skin of fibreglass material was cracked or punctured it would allow water to enter the wooden panel.

The panel would eventually would rot as the damage was not normally noticed until it needed replacing – often leading to the box being written off. 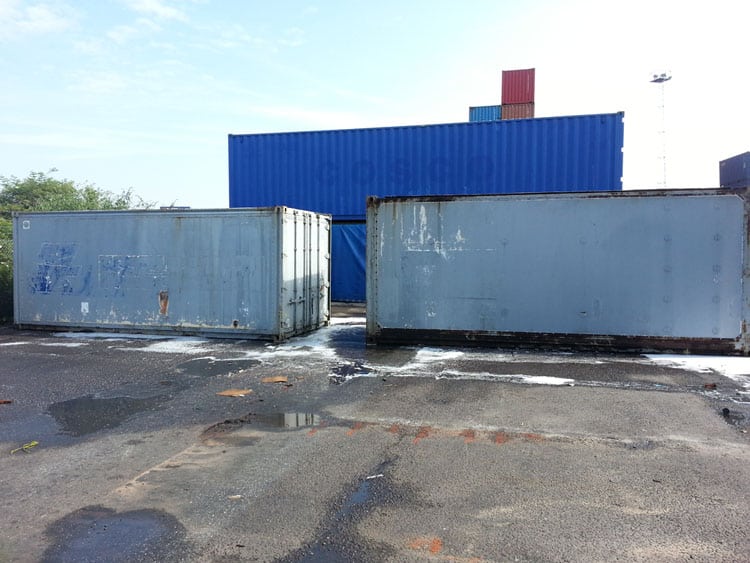 They also became unpopular as storage units in the after-market as they were combustible and had little scrap value at the end of their life.

These days shipping containers are made from durable corten steel of course.

However, it’s interesting to see these boxes because they’re a long gone part of shipping container history.

Watch modern containers being made.

Get a fast quote