What’s The Difference Between Used and “Once Used” Shipping Containers? 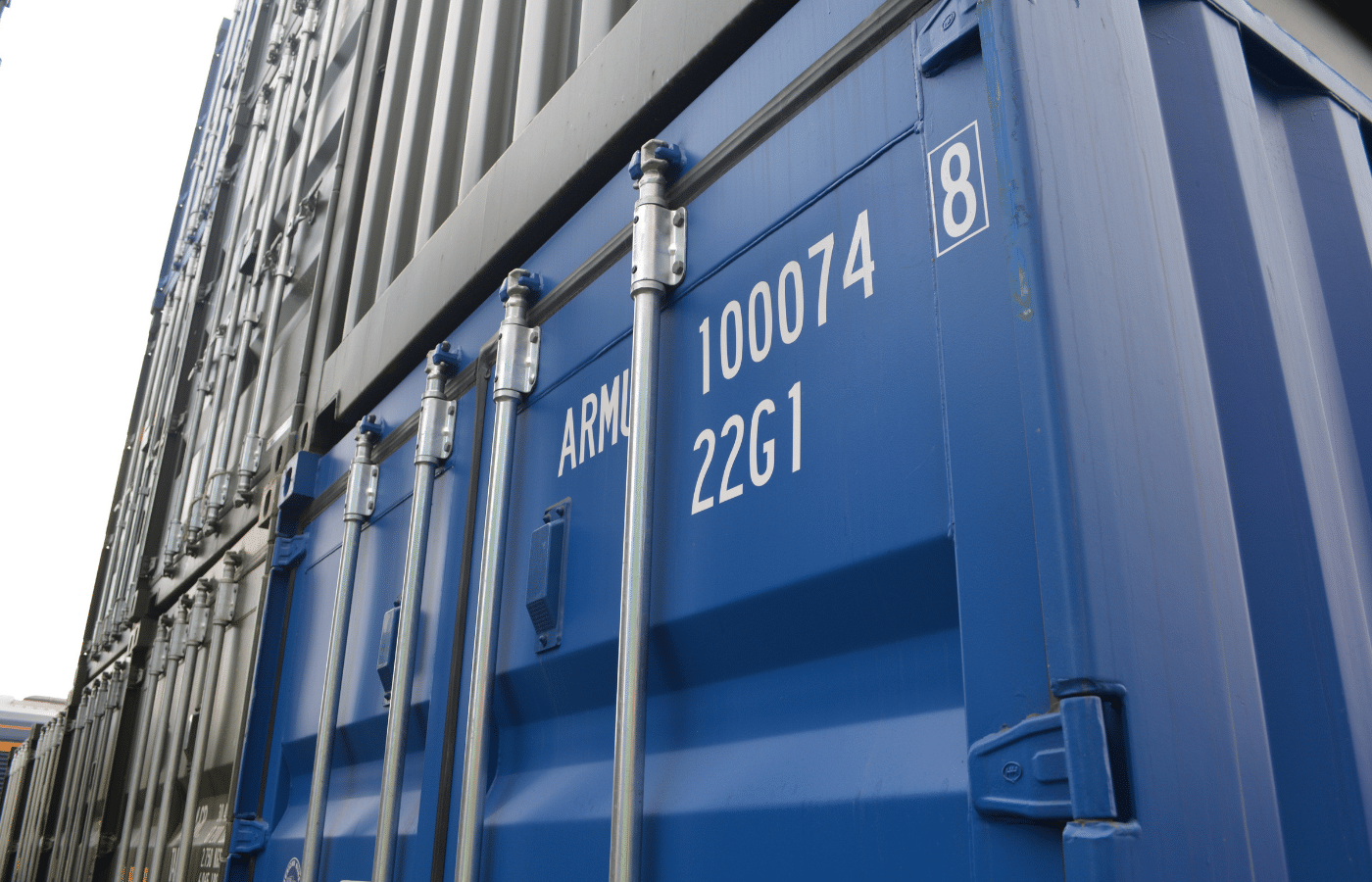 If you’ve never bought containers before it’s easy to get confused about the terminology between used containers, and once used shipping containers.

In this post I’m going to visualise the main obvious difference, but also tell you about a few slightly more hidden points.

ISO shipping containers are not manufactured in the UK, and that’s good for you (the cost would be horrendously expensive otherwise).

This means all new containers must be shipped from the factory where they are made — and that’s typically the Far East.

Thankfully all new containers are shipped to the UK with cargo by one of the shipping lines transporting the box. This keeps your purchase price of the container to an absolute minimum.

So naturally “once used” shipping containers are as new as it gets when it comes to containers in the UK. It’s basically a new container.

Probably the best way to see the difference between a typical used box, and once used container is to see a side-by-side example. 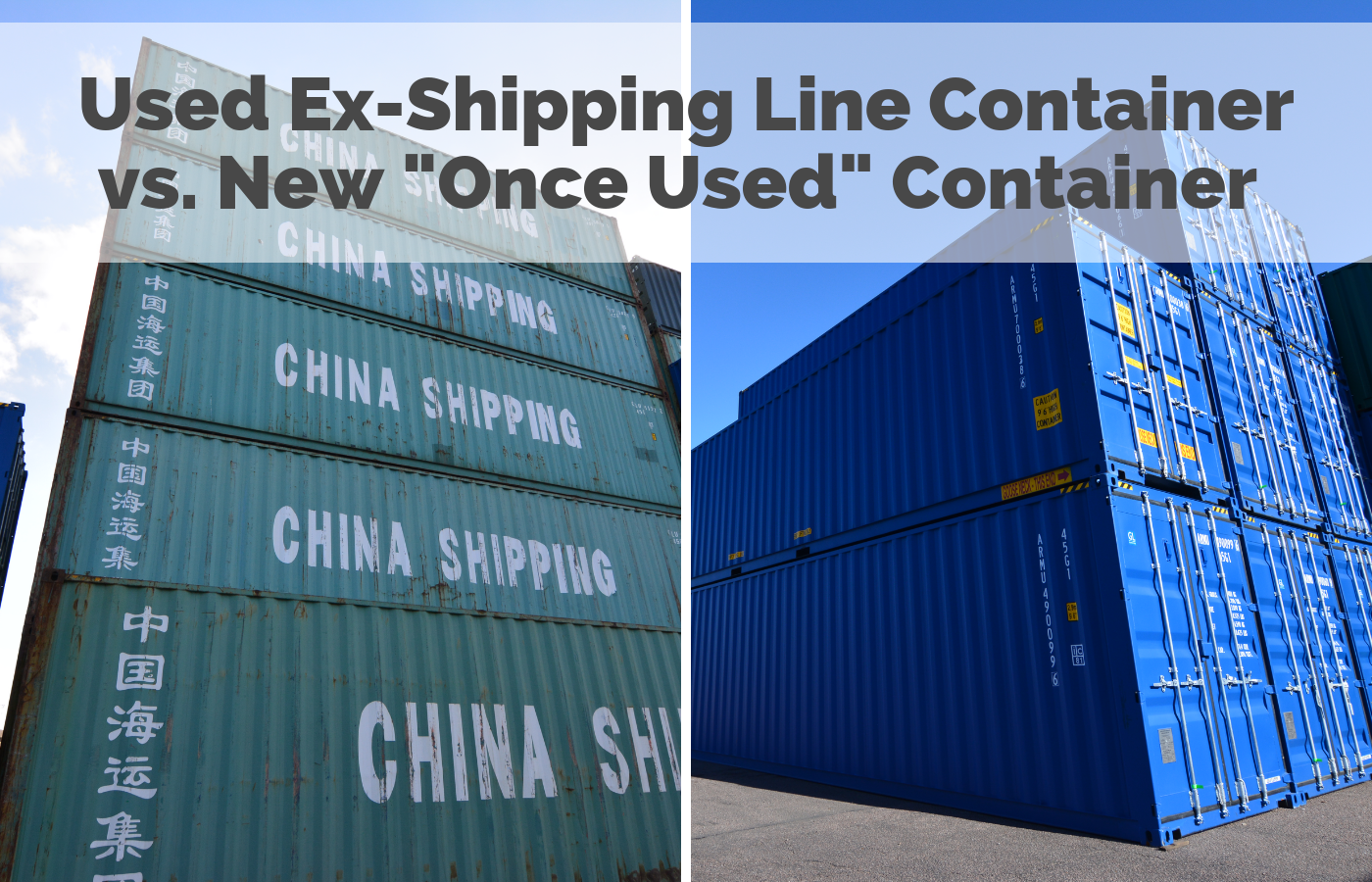 Although you might see very minor scratches or dents on a once used shipping container, the difference in cosmetics between once used and standard second-hand containers is clear.

Standard used containers for sale in the UK are at least 10 to 12 years old. Although the age of the container is not the most important aspect necessarily, I’ll explain why in a moment.

First you should know that apart from cosmetics there are some other key differences between used and “once used” containers. I’m talking about features:

Adaptainer builds its new containers to a design that’s especially useful for customers who intend to use their container for storage.

Because of that you’ll find some bonus elements built into our new containers not found on ex-shipping line boxes.

First off, a lockbox:

This is a box welded to the container door which keeps your padlock protected from tampering. All our new build containers have a lockbox fitted as standard, something not found on used ex shipping line containers. However, we are able to weld a lockbox onto any used container for a small extra charge.

Next up is the waist high locking gear:

If you’re worried about you or your staff getting a bad back when operating container doors, then you’ll love our new build, shipped once container option. We build each container with waist high locking gear which means no awkward bending down to open and close the doors.

Ex-shipping line containers have locking gear positioned lower down. So if you want maximum ease of operating the doors then an Adaptainer new build container might be the way to go.

Ventilation in your container helps guard you against condensation. For this reason we designed our new build shipped once containers with vents at the front and rear of the units.

This means even if you are positioning multiple containers next to each other (or sides against a wall) the airflow is not blocked off. Used ex-shipping line boxes can have vents but these are typically positioned on the sides of the container. We can install additional vents for you on any container for a small additional charge.

With all that being said, there’s one major difference between the new, shipped once and used container option, and that’s lifespan of the unit of course.

I mentioned earlier that any ex-shipping line container will be at least around 10 to 12 years old — although the age of a ex-line box is not as important as the structural condition.

You see, some shipping line containers had easier lives than others. For example: The more a container was handled at ports, the more banged about it might have been. Whereas containers used on longer-distance routes (handled less at ports) could be in a better condition.

Also, some ex-shipping line containers were built to a better standard than others in years gone by, but that’s a topic for another day.

Point is, the age of the container is never as important as the structural condition it.

Here’s the thing though:

If you’re buying a new, once used shipping container, you’re going to have at least a 10 to 12 year head start over that of an ex-shipping line container. And since the price is often not dramatically different between the two choices you might want to stretch your budget just that little bit further for a longer lifespan, extra features, and a higher resale value — if and when you decide to sell your container on.

Adaptainer give generous extended wind and watertight extended warranties on both second-hand and new, shipped once containers so you’ll be covered either way with us.

Now you know. Once used shipping containers are as “new as new can be” for UK buyers.

Get a fast quote